In July of 2021, our friends at By Request Entertainment Inc asked us to collaborate on an event that they were working on for the Canadian Medical Veterinarian Association. The event itself took place over a four day period and utilized both of the Pynx Multimedia virtual studio locations based in Brantford, Ontario.

The four day conference was taking place in Calgary, Alberta, but we were able to send a feed to the main event seamlessly in real time to help keep things interesting. We were able to insert live stream content that included a live DJ, a magician, a comedy show with multiple comedians and a live band for the big finale.

This event had six full break out rooms taking place over Zoom, with a main stage that tied all of the rooms together at key parts of the event. The Pynx Multimedia Team was responsible for ensuring seamless delivery of virtual content on the main stage on all four days of the event.

On the first day of the event, we utilized the Pynx Multimedia Green Screen Studio at our head office location. We were set up for a full day of energy breaks provided by a DJ. The Pynx Multimedia Green Screen Studio was set up with three Canon XA55 4K ready camcorders, a Roland VR4HD switcher / streamer, a Mac Book Pro for content, a Radial JDI duplex for audio input, an 8’x8’ green screen and a handful of Pioneer DJ equipment to bring it all to life. During the day, we worked alongside Encore AV who were controlling the main feed of the event in Calgary. We kept a com bridge open the entire day so we could chat in real time without interrupting the main feed of the events.

On the second day of the event, we were still utilizing the Pynx Multimedia Green Screen Studio. We had more than just the DJ doing energy breaks all day. We also had a live comedy show at night with multiple comedians that were tied into the main stage feed in real time. We had a two way video monitoring system set up so that the comedians could watch the audience reaction over Zoom to help create a more normal experience for the performers in the virtual space. The comedians were part of the Ice Breaker Comedy Tour which featured a local comedian from Brantford, Graham Chittenden, as the headlining act.

On the third day of the conference, we switched venues and moved into the full sized concert studio that Pynx Pro has built with our stage partner, Fest-I-Val stages. The temporary studio location is called BAM! Studios. This studio location includes a full sized hydraulic stage, which has a deck space of 24’x20’ and is deployed inside of a 10,000 square foot warehouse facility for virtual concerts and video recordings. The stage itself contains a full lighting array consisting of static rear wash lights, zoom wash moving heads, profile moving heads, conventional front lighting. For audio, there is a QSC Line Array for mains, an EV monitoring system. For video, we are using Canon XA55 4K camcorders. For control, we have Chamsys for lighting and Allen & Heath for Audio and Roland for video. This virtual concert was all day with a DJ live on stage for the days’ energy breaks. Followed by the headlining act from Hamilton, Ontario, James Blonde.

On the fourth and final day of the event, we headed back to the Pynx Multimedia Green Screen Studio to produce DJ based energy breaks during the day. We wrapped up the event with an incredible magician, Alex Kazam. The magic show was incredible and featured a two way conversation in real time with the audience. The magician was able to work ‘one on one’ with audience members as part of his act, which made the entire show very interactive. The show itself required a multi camera set up to show all of the different angles for the different segments of the show including a birds eye view camera for the card tricks.

The Pynx Multimedia Green Studio is located in Brantford, Ontario and is available for rentals. This studio is a turn-key space for producing virtual events or pre recorded content and has a full compliment of audio visual equipment available for different applications.

BAM! Studios is a collaboration project from Pynx Pro and Fest-I-Val stages that includes a full sized stage housed inside of a climate controlled warehouse. This studio location is designed for large events and concerts that need to be produced virtually or pre recorded for future.

BAM! Studios is a collaboration project from Pynx Pro and Fest-I-Val stages that includes a full sized stage housed inside of a climate controlled warehouse. This studio location is designed for large events and concerts that need to be produced virtually or pre recorded for future. 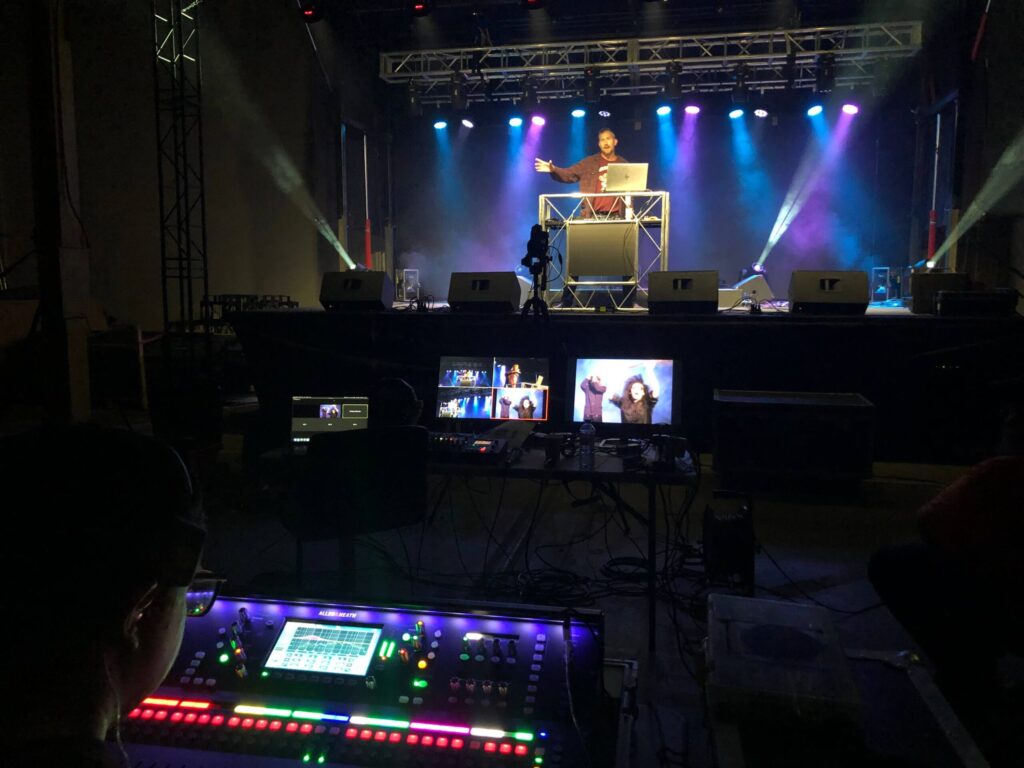 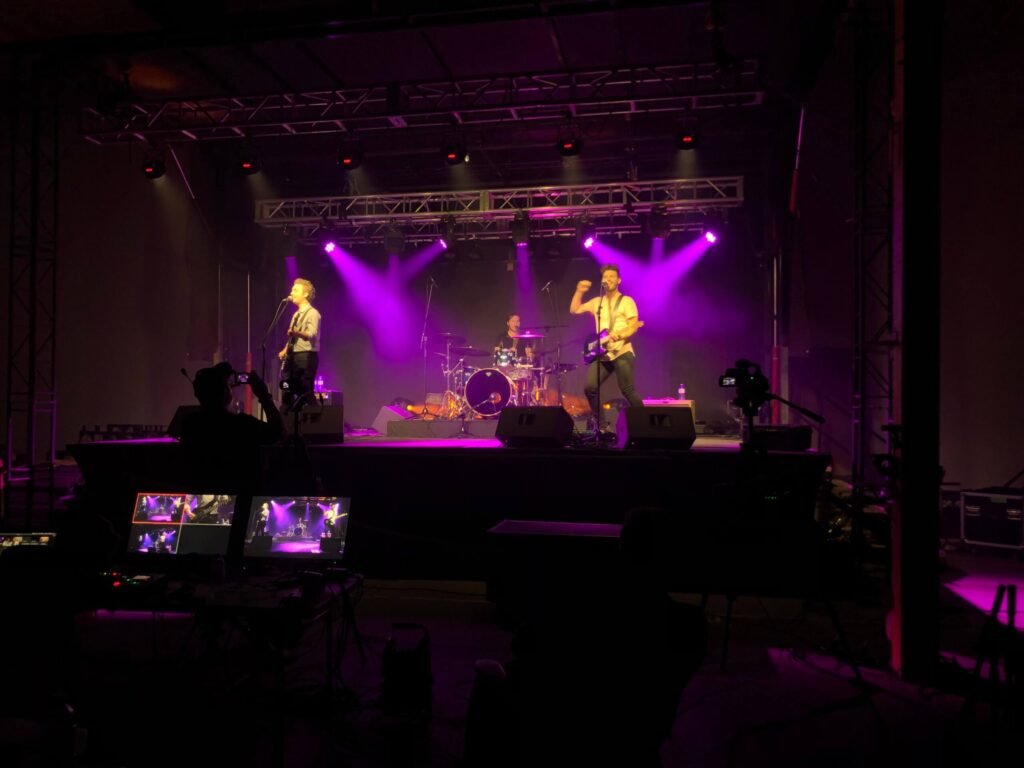