Pynx Productions has an eventful history and is poised for an eventful future. The company does a wide range of entertainment and corporate work, like video dance parties, audio-visual equipment rentals, live streaming, and presentation services, including sound, stage, lighting and visuals.

And despite the economic damage done by COVID, the pandemic has opened up new opportunities for the business, which has a track record of adaptability.

Pynx begin in the 1980s as a teen night club, morphed into a mobile video dance party provider, and then transitioned into a full service audio-video shop. 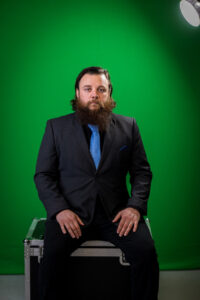 “The original guys were always innovating and ahead of their time,” says owner Mike D’Eri, “and I want to do the same, to move things forward and keep people guessing.”

D’Eri worked for Pynx as a teenager and loved the crowds, the travelling, and the technology. Then in the 2010s, he became part owner before buying out his partner last September. Today, most of the company’s work is corporate audio-visual and live-streaming.

To facilitate that, Pynx has two studios in Brantford: a green screen studio for corporate work, and a full-size, indoor stage for virtual concerts and album recordings.

Pynx is Adapting with Hybrid Events

But as the pandemic wanes, the company is starting to see a return to in-person events with limited capacity, and that’s creating demand for hybrid events – a combination of in-person and virtual elements.

“When we did the Chamber of Commerce Mayor’s Luncheon, Brant County Mayor David Bailey wasn’t able to attend,” explains D’Eri, “so we had Brantford Mayor Kevin Davis and Chamber president Ken McNaughton live on stage with a flat screen between them, with Mayor Bailey as a remote guest in real time.

“We also live-streamed it to YouTube. So that’s sort of where events are right now.” 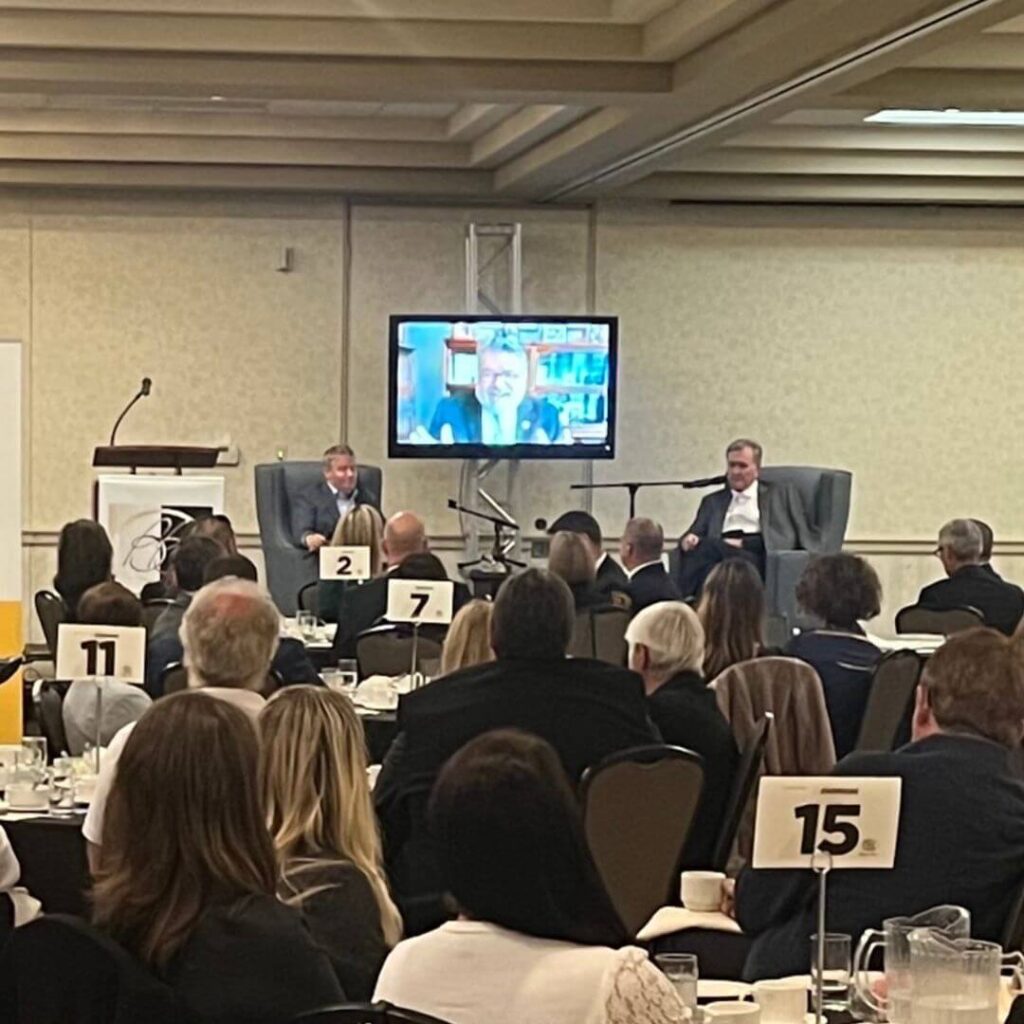 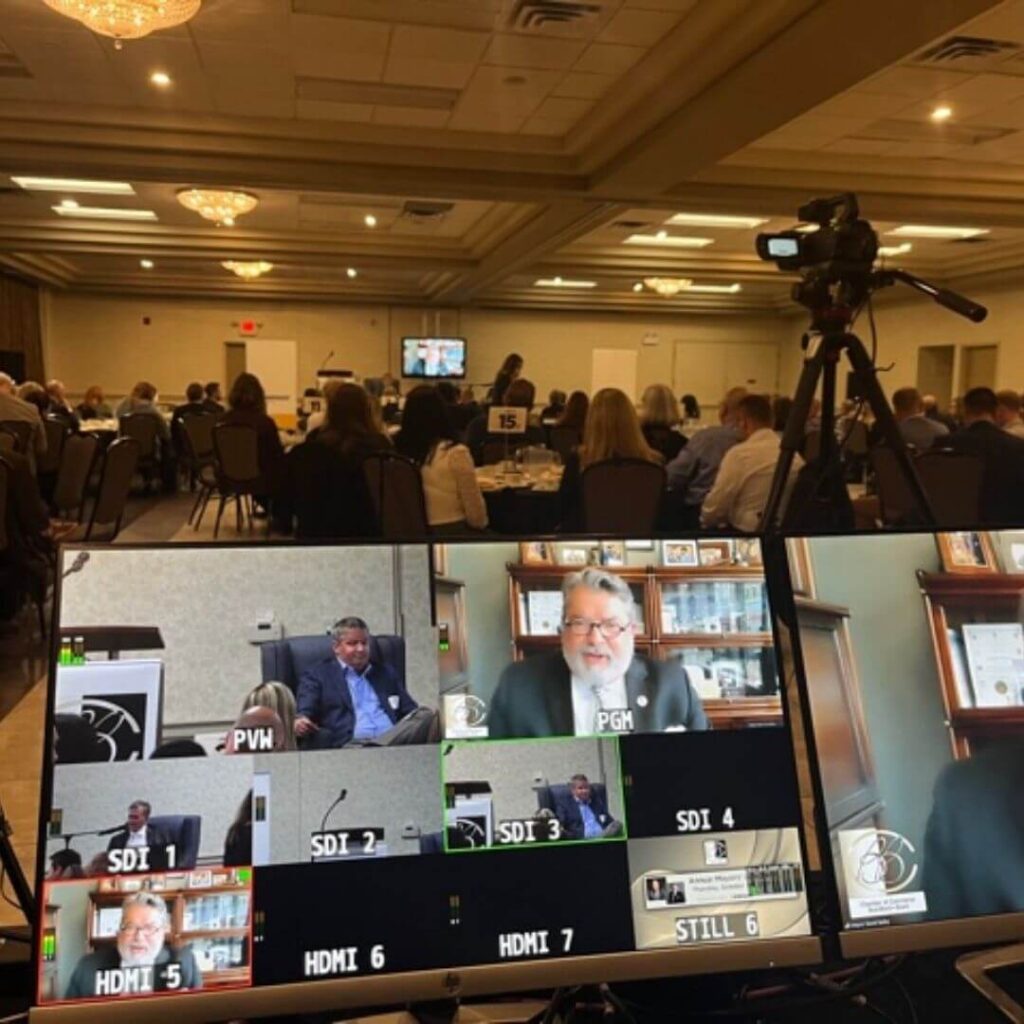 Challenges due to pandemic and new trends in the AV industry

The return to normalcy is a welcome change from the start of the pandemic when the business was forced to shut down. D’Eri used the time to take courses in cinematography and videography, then he bought some new gear and got solid backing from local resources like the Chamber of Commerce and Enterprise Brant.

The latter distributed federal funds that matched the company dollar-for-dollar to pay for a marketing campaign. Pynx wanted to be ready for the resumption of business, and it’s now underway.

“But events will never be the same,” D’Eri says. “Many corporations have grown huge national and international audiences with video conferences, and the days of flying people in for a conference are long gone. I think it’s going to be partial in-person and partial virtual from now on.

“The technology is not new but the pandemic forced people to use it, and that has fast forwarded everything.”

To capitalize on the trend, Pynx is working to get clients comfortable with the potential offered by audio-visual technology and thinking in new directions. D’Eri says many AV companies have followed, and a big shakeup in the event, hospitality, and tourism sectors has created new opportunities.

But the key is to be the first company people think of when they’re looking for an AV vendor, he says. And D’Eri expects demand will remain high because many people are still leery about going back to large, in-person events, like conferences with thousands of people.

Pynx is already doing lots of school graduations, and some work with medical clients who want to share their expertise with others around the world, but the company’s main business is corporate video, both live-streaming and prerecorded material.

Another growth area is music. Concerts are staging a comeback, especially south of the border, and many are also live-streamed so promoters can sell tickets to a massive, online audience. D’Eri expects those hybrid events to continue.

He also thinks the pandemic has led to a higher demand for excellence because the use of technology is now so prevalent.

“It used to be be that if a hotel had some microphones and speakers, people went that direction,” he says. “But now they want things done well. A lot of venues can’t meet their needs, so they’re starting to hire professional production companies to get them through events.

“So I think Brantford is undergoing a breakthrough in that area. I think we’re done more local work during the pandemic than we did in the last 10 years.”

But the event industry is among the many going through big staffing changes. When the pandemic struck, some workers decided the gig economy wasn’t for them, or they were forced to change jobs because of shutdowns.

D’Eri says, “Right now, the volume just isn’t there for us to hire more full-time staff, and the big challenge will be the ramp-up. When the time comes, how many people will have waited tow years to get back to work? We were among the first workers out, and we’ll be the last ones back, but it is what it is. The biggest problems will be bodies, not a shortage of work. But 2022 will be gang-busters crazy, and I hope everybody’s excited and ready for it.”