In the Fall of 2021 the Pynx Multimedia team was called upon by The Centre for Family Medicine, Family Health team in Kitchener, Ontario to help them produce a webinar for the Mint Memory Clinic. The Mint Memory Clinic team had requested a professional broadcast service that was as close to a television program as possible and had mentioned they wanted a “breakfast television” feel during initial conversations. The Pynx Multimedia team specializes in professional live stream broadcasting and was happy to bring this concept to life on their behalf.

In the physical studio location there was a main presenter, Dr Linda Lee, as well as a two person panel. This webinar also included bringing in remote panels on the fly from a national audience that had to be tied into the feed in real time as the event was taking place.

The MINT Memory Clinic trains groups of health care service providers to deliver premium memory treatment through a standardized, nationally-accredited training program. After training, teams continue to obtain additional mentorship and assistance to develop a MINT Memory Clinic within their communities. Through this model, primary care teams are developing local capacity to look after persons living with dementia and support caregivers.

The Mint Memory Clinic webinar was a three day event which took place inside of a board room at their location in Kitchener, Ontario. The Pynx Multimedia team worked with the client in advance of the event to ensure seamless content delivery on the days of the event.

The Pynx Multimedia team created a broadcast studio in the Mint Memory Clinics boardroom for this 3 day webinar. The set up included a Roland V-160HD streaming switcher which boasts an impressive I/O including 8 x HD/SDI inputs, 8 x HDMI inputs (4 scaled) 3 x HD/SDI outputs, 3 x HDMI outputs as well as audio I/O. We used a 3 camera set up which included Canon XA55 4K ready cameras which was complemented by the Aputure Light Storm LC 120d COB LED light kit. The audio was brought into the event with a Sennheiser wireless rack including SKM2000 wireless handheld microphones with 935 capsules and SKM belt packs with MKE2 Gold lavalier microphones.

Since the event included remote panelists and live Q&A, the Pynx Multimedia team had to create a two way monitoring system so the in person panel could communicate with the remote panelists in real time, this was accomplished by provided a 24’’ confidence monitor in front of the in person panel as well as an audio monitoring system so they could all communicate and share ideas during the webinar via the Remo platform. 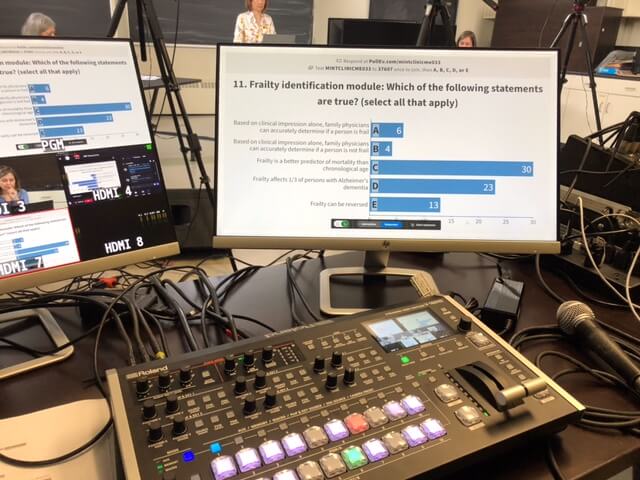 Pynx Multimedia was able to integrate a live polling feature so the remote guests could participate in real time on the main screen.

We were able to tie in remote panelists from a national audience to participate on the main stage during the event.

In the studio we created there was a main moderator and also two panelists that were all tied into the feed at the same time. 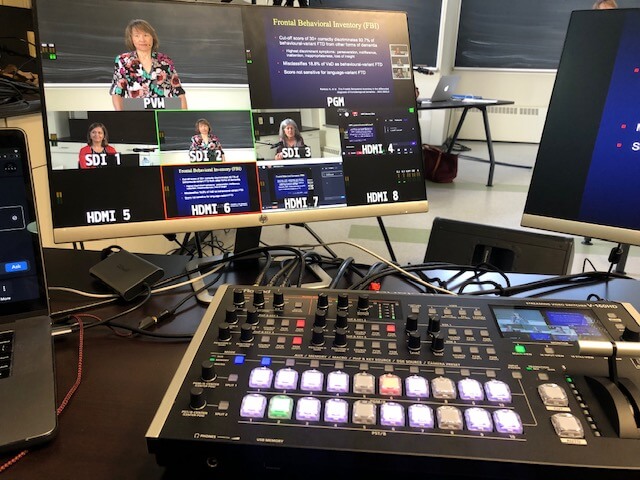 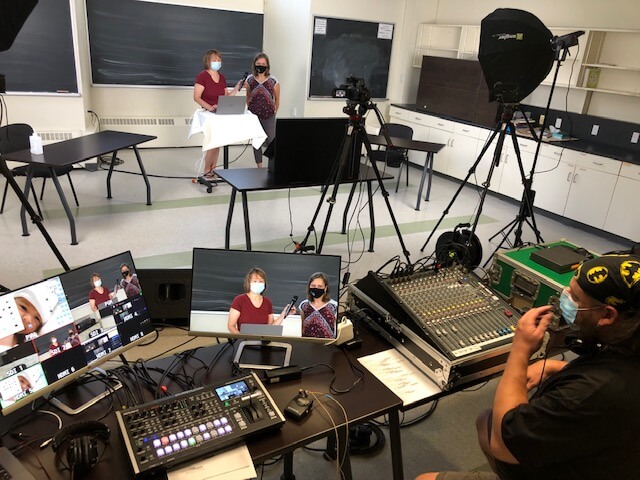 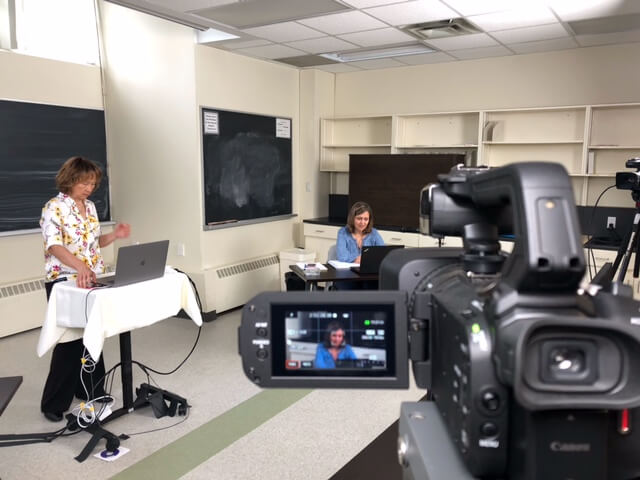 FIND OUT MORE ABOUT OUR VIRTUAL EVENTS